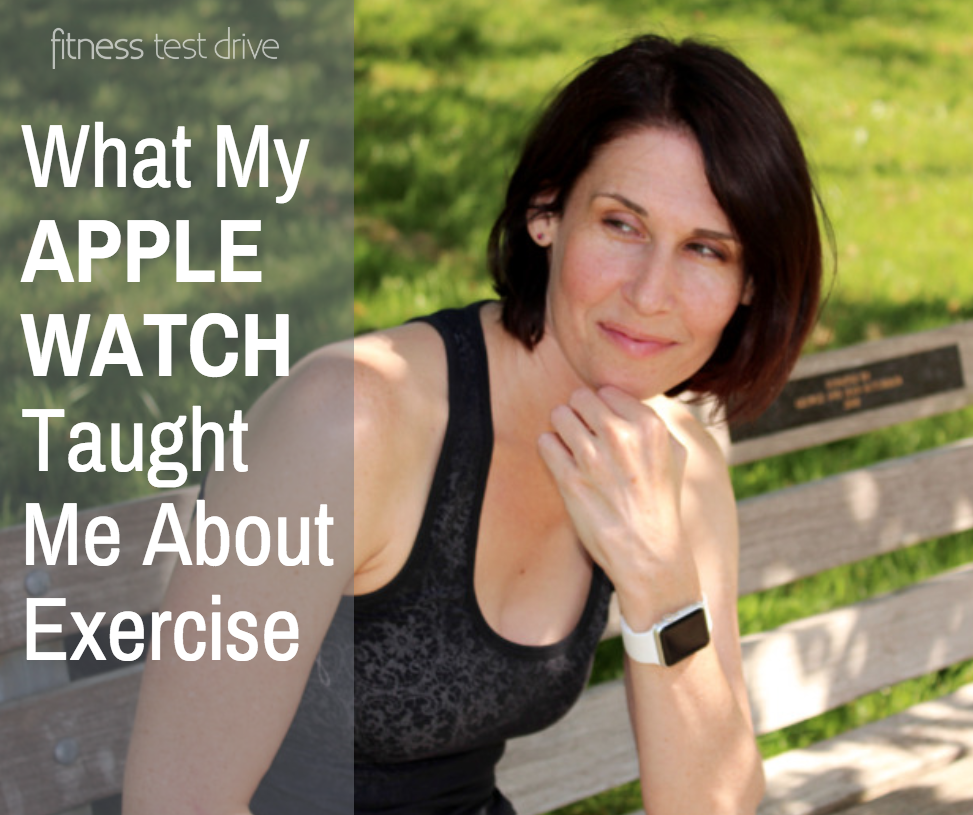 What It Is: With the capabilities of a sports watch, smart watch and activity tracker, Apple Watch has quickly become a major player in the fitness tech space. Thankfully, Apple Watch’s various designs look a lot nicer than many of the activity trackers and wearables out there.

I’ve been test-driving the Sport version with silver aluminum case and white strap. When I first got it, I was worried that white would show every little mark and fleck of dirt—like my white jeans do! But to my surprise, the Apple Watch band still looks new after eight months of daily use.

What You Might Not Know: Apple Watch tracks your all-day activity and inactivity, but it also collects metrics during an actual workout, such as an outdoor run or indoor cycling class.

The watch’s Activity app showcases three colored rings that you’re supposed to close by the end of each day. The app automatically tracks your active calorie-burn (red ring), how many times you stand up for one minute or more in 12 different hours (blue ring), and how much you exercise at a brisk pace (green ring). To track all this, just strap on the watch. 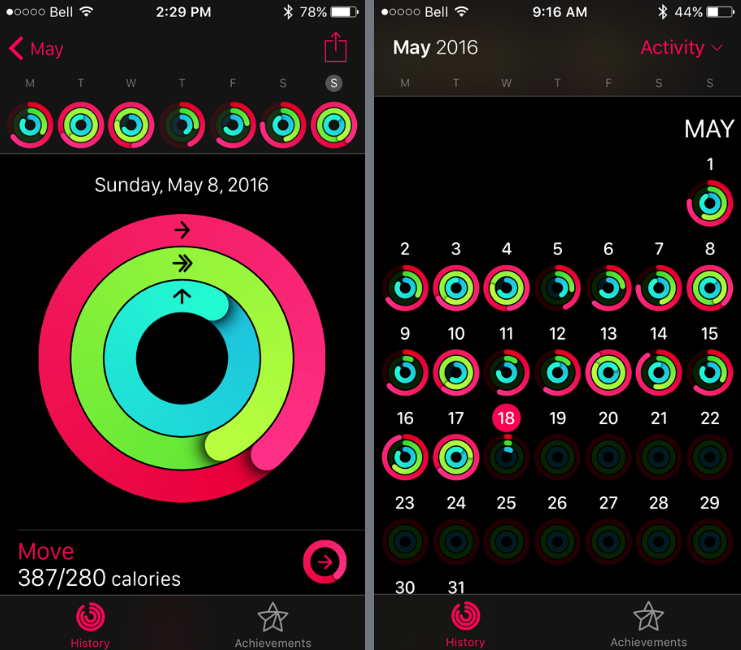 On the other hand, you have to start the Workout app to track dedicated exercise beyond the lifestyle stuff. I mention this because I’ve heard from a number of people who thought their workout metrics were being automatically recorded through the activity rings. Nope. It’s a separate app that looks like a stick-figure running.

In addition to Apple Watch’s built-in apps, you can now run third-party apps natively, meaning you can download the Runtastic fitness app, for example, on Apple Watch and access it right from your wrist. This allows you to collect additional exercise-related data like heart rate, which isn’t possible when you use the same app just off your phone. 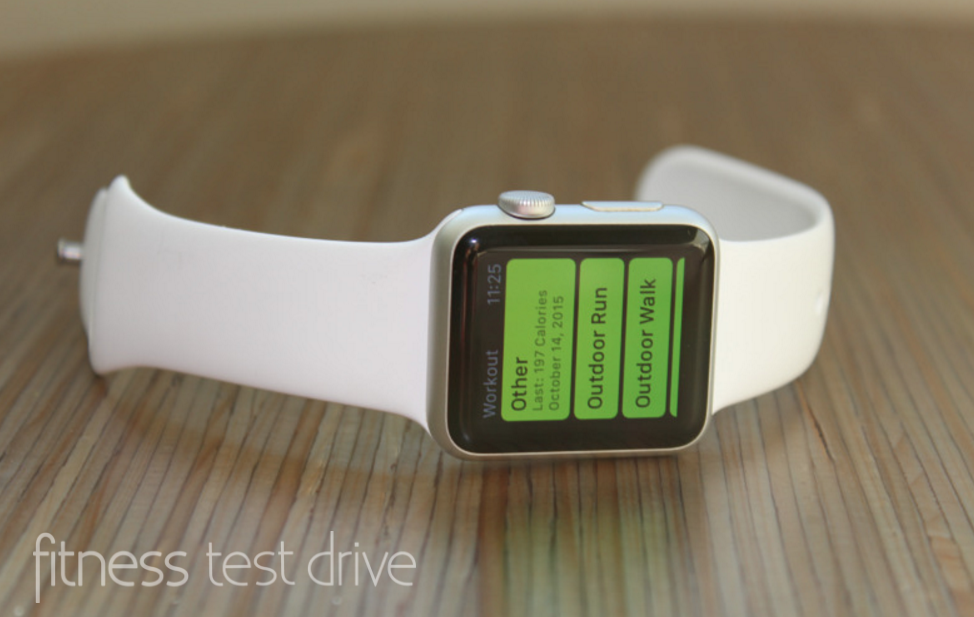 Feelin’ the Love: About once a week, I get asked if I like my Apple Watch. The answer is yes, and here’s why. It’s more convenient, and cooler, to check texts, notifications and incoming calls with a flip of my wrist compared to frantically rooting around in my purse for a dinging or ringing phone.

Convenience aside, one of its central features is providing users with a daily snapshot of their health and fitness behavior—I believe this is instrumental to helping people enjoy fitter, healthier lives. My Apple Watch reminds me all day long to move around and take breaks from sitting (confession: I don’t always abide). As a result, this device has proven to me, a long-time fitness professional, that sometimes I don’t achieve the super-awesome amount of activity I thought I would. Oh dear. 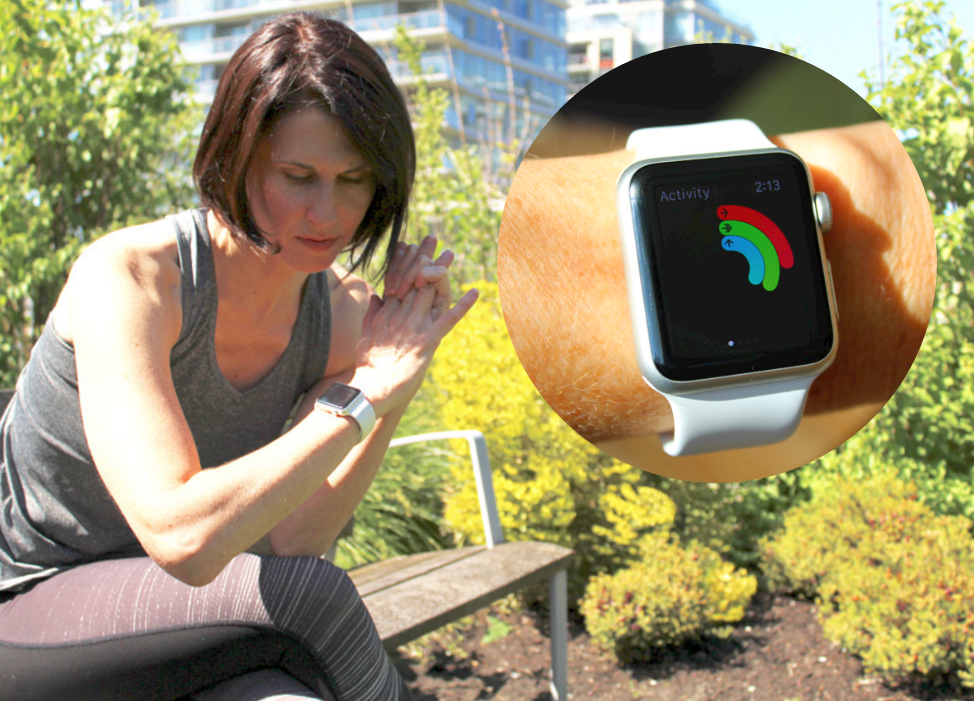 I’ve worn other activity trackers (like this one) that made me feel satisfied, almost smug, about the number of daily steps I could log. But step metrics say little about how much I sit at work or the quality of my steps. Was I hoofing it, or just humming along? (BTW, Apple Watch also tracks number of steps; you can see a history of steps taken in the Health app or Activity app on your iPhone.)

What I’ve learned is that my Apple Watch has high hopes for me. On days when I do sweaty-type exercise, I’m golden; closing all rings is a snap.

But when I don’t work out, I might not meet my Move goal, which is the red ring that tallies up active calories. Here’s the thing though: This goal is fully customizable. I could set the calorie count lower so I’ll close the ring more easily. But I’m stubborn, so I don’t.

However, let’s say that I did close the red ring every day…Apple Watch would eventually suggest a slightly more challenging goal to help me progress and stay motivated. Like I said, high hopes.

In addition to closing the red ring, you also need to rack up 30 minutes of health-promoting moderate exercise, all at once or in spurts, to close that green ring. Unlike the customizable Move goal, the green Exercise ring won’t let you mess around with it. That’s because 30 minutes is the minimum recommendation for daily, moderate exercise, according to the American College of Sports Medicine (ACSM). And Apple Watch knows it.

There’s no faking your effort either. You have to go briskly, usually for at least a full minute to get the credit. However, I’ve noticed that if I bolt up a flight of stairs and it only takes me 25 seconds, my watch will go ahead and count that toward my Exercise goal for the day. Apple Watch rewards you for picking up the pace as you go about your day.

The more you wear Apple Watch and use the Workout app, the more it learns about you and what you’re capable of vis-a-vis pace, intensity and so on. This kind of rapport between human and wearable leads to a lot of useful, personalized feedback.

Back to my revelation about not always getting as much exercise as expected. Look, I’m still more physically active than most, but I could always benefit from sitting less and moving more. My Apple Watch provides a good awareness of this fact, backed by metrics.

With awareness comes the opportunity for positive change, whether you’re already working out or just getting started with exercise.

My goal is to add an extra (but short!) workout to each week this summer, and maybe a few quick-paced walks, too. I think my Apple Watch will approve.

If I Could Change One Thing: I’m human and so I forget things. It’s not unusual for me to be beyond the warm-up before I remember to activate the Workout app. Or, I’ll turn it on, crush a workout, then forget to turn it off. Three hours later, I’ll be in the kitchen making a sandwich before I finally notice the Workout app is still running! It completely messes up the metrics! Buzz kill.

I wish the Workout app allowed you to preschedule start and stop times for collecting workout metrics. For example, I know I will be exercising every Tuesday at 9:30-10:30 a.m. because that’s when I teach a fitness class. Or, since the Workout app launches continuous heart-rate monitoring, maybe it could prompt users with a stop reminder once it detects a significant decrease in heart rate for at least 10 minutes or something. UPDATE: As of Fall 2018,  Apple Watch can remind you to turn ON the Workout app if it detects you’re exercising but you haven’t launched the app. Likewise, it’ll remind you to turn OFF the app if it senses you’re done the workout. I’m pretty excited about this feature.

In the meantime, I’ll rely on Siri to ping reminders. You can schedule these through Apple Watch. 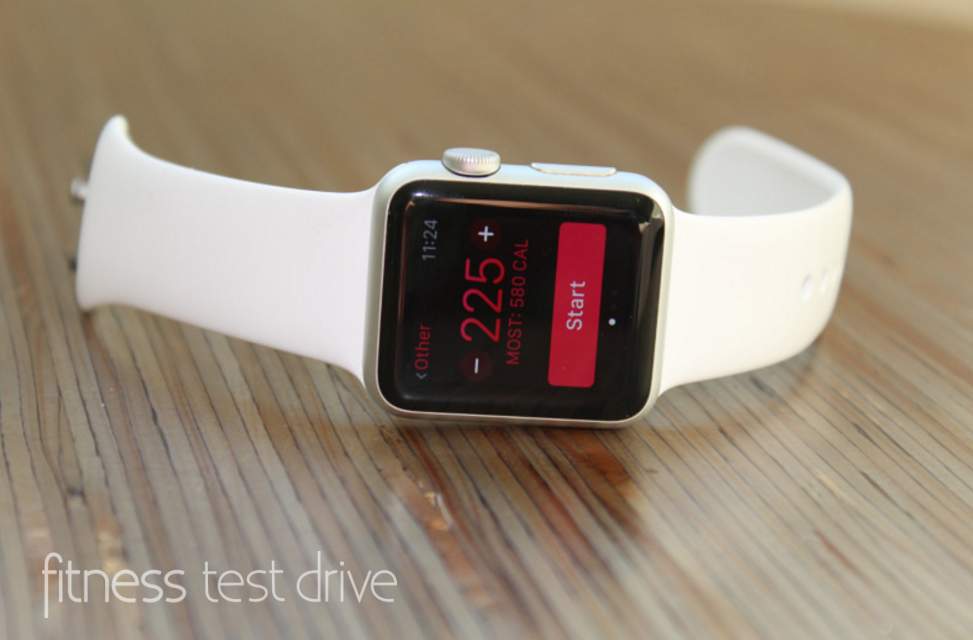 Should You Buy It? Apple is doing OK without my convincing anyone to buy from them. But if you’re looking for an activity tracker/smart watch, consider a trip to the Apple Store to see all that the Apple Watch can do (I just touched the surface here). At least try it on!

Reminder: If you’re an Android user, Apple Watch won’t work for you, even if you also own an iPad. You need an iPhone 5 or newer model and the most up-to-date iOS.