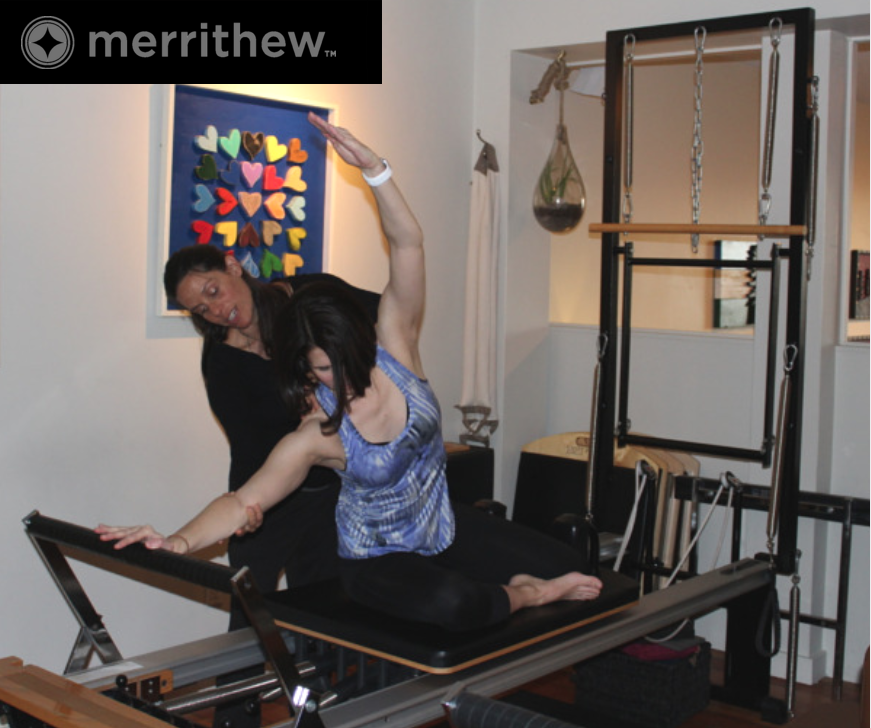 What It Is: One-on-one, 55-minute private session at one of Vancouver’s premier MERRITHEW licensed training centers: Full Circle Studio in East Van.

What You Might Not Know: Headquartered in Toronto, MERRITHEW—parent company to STOTT PILATES—was named one of the fastest growing companies in Canada for five consecutive years by PROFIT magazine. MERRITHEW has more than 100 licensed and host training centers worldwide and has trained 45,000 students in more than 100 countries.

Feelin’ the Love: I’ve worked in the fitness industry since before the Pilates trend took off, but I can’t recall ever doing a full workout on Pilates equipment. When MERRITHEW invited me to test-drive a private session at Full Circle Studio, I knew I was in for a treat.

Bright and homey, Full Circle Studio has the air of a calming retreat. In addition to an open room for mat classes, there was a second space with large, high-end equipment like the MERRITHEW Rehab Reformer and Cadillac that I used during my visit.

While this session could have been any garden-variety routine, studio owner and Instructor Trainer, Darcy McMurray, clearly customized it just for me. I struggle with tight neck and chest muscles, and even though we’d just met, she expertly spotted my postural vulnerabilities right away. 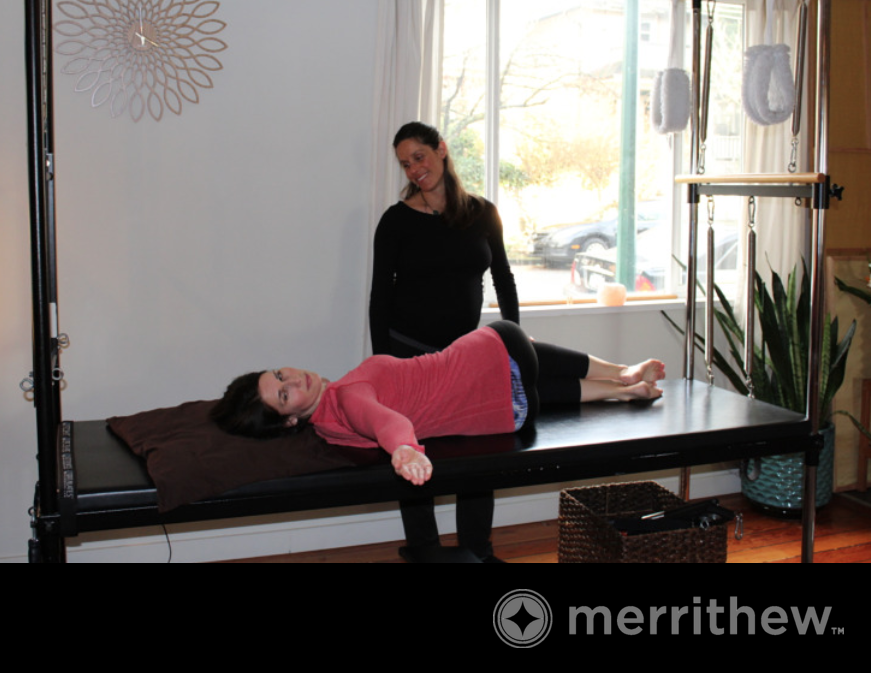 Warming me up on the Cadillac with an exercise called Spinal Rotations, Darcy said, “We want to address your tight neck and chest area early on so it doesn’t show up in every exercise.” This woman knows me!

As we moved onto something called Swimming Prep, Darcy explained the process of mobilizing while stabilizing. “Pilates is about creating more functional space throughout the body,” she said. Placing a small Toning Ball on my lower back to help me stabilize my pelvis while maintaining a neutral lumbar spine with a bit of curve to it, she asked me to lift one arm and leg. 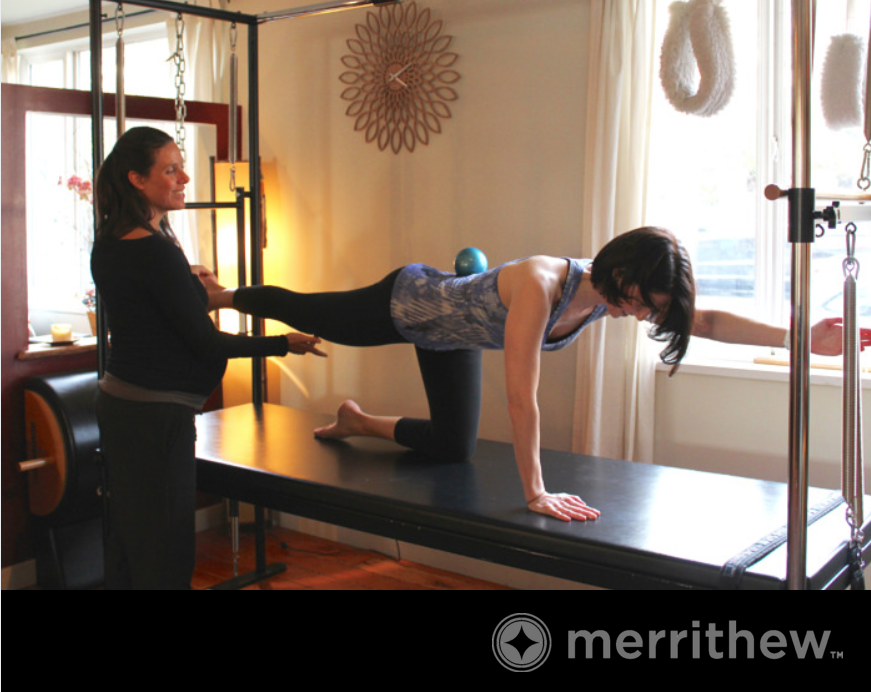 Being a fitness instructor, I know this move well, but Darcy was quickly able to elevate my game with postural tweaks. As soon as I nailed an adjustment to just where she wanted it, she’d encourage me: “Thaaat’s it!” Her teaching style and positive feedback made me feel like an A+ student.

Next, Darcy led me over to the MERRITHEW Rehab Reformer. This is what I was most excited about, and it didn’t disappoint. With its smooth, sliding carriage and retractable rope system, the Reformer provided the perfect set-up to try a bunch of exercises I’d never done before. This is precisely why I wanted to finally try the Reformer.

During one move where my feet were in straps and I was gliding along on the carriage, I remarked on the yummy stretch in my hamstrings. This, Darcy told me, was actually a combination of lengthening and contraction. “You have the sensation of stretching,” she said, “but you’re in an eccentric contraction.” The Reformer was helping me build strength in my hamstrings while they were elongated instead of shortened, which is what I’m most accustomed to in my gym life.

Darcy explained, “Often the reason your body won’t give you length in a muscle is because that muscle needs to stay short—it feels ‘worried’ that there’s not enough stability there.” Worried muscles. Ha. This woman really does know me.

If I Could Change One Thing: My worried muscles could have used more time to chill out. From all the bells and whistles I noticed on the Cadillac, and moving parts to the Reformer, I know we only touched the surface in the hour we had together. There’s plenty more that Darcy and the MERRITHEW equipment could do to help me move better and, therefore, feel better.

Should You Try It? Yes. Even one private Pilates session at a MERRITHEW licensed training center is enough to at least unveil postural and movement issues you could begin to improve. If possible, though, spring for a package of sessions and reserve some mind-body time for yourself.

Private sessions range from $82-$90 at Full Circle (depending on the package); semi-private costs less. Search for an instructor or licensed training center near you at Merrithew.com